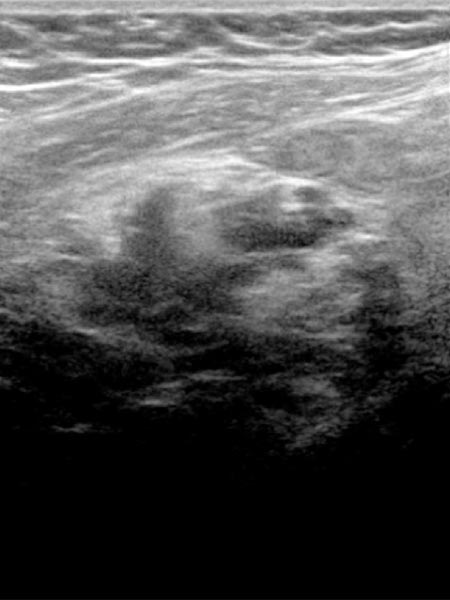 In the 21st week of gestation clear enlargement of the venous malformation on ultrasound with 10.4 MHz linear transducer. Progression of the intramuscular subfascial venous malformation with multiple hypoechoic venous channels. Partly echogenic areas due to clot formation can also be seen now inside the lesion. 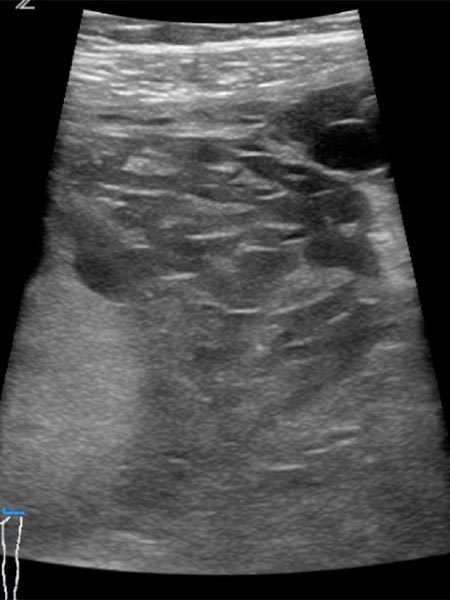 Coronal (top) and axial (bottom) T2-weighted sequences without contrast at 21 weeks' gestation.
Marked increase in size of the VM during pregnancy, which is visualized ventrally of the left psoas muscle as a signal-intense lesion, without displacement or compression of the placenta. 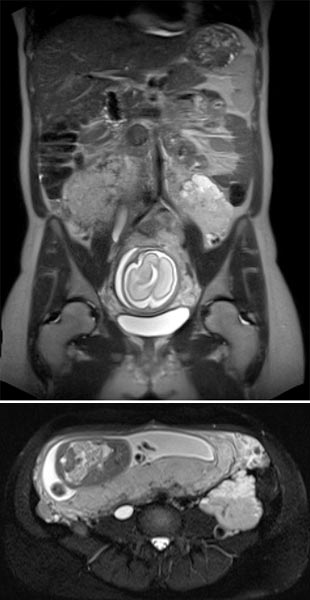 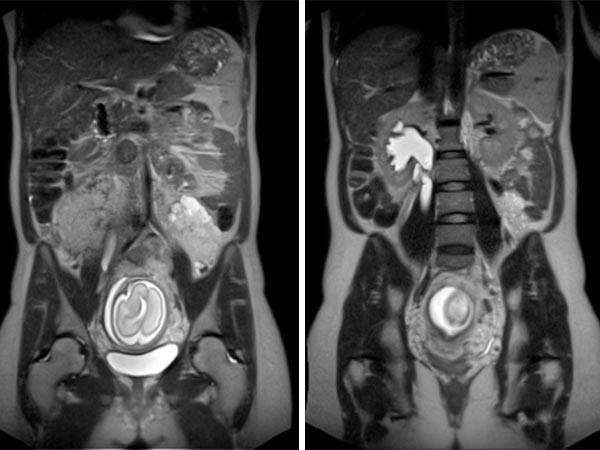 In the axial T2-HASTE sequence at 21 weeks' gestation, the VM is adjacent to the placenta without displacement of the uterus or fetus. 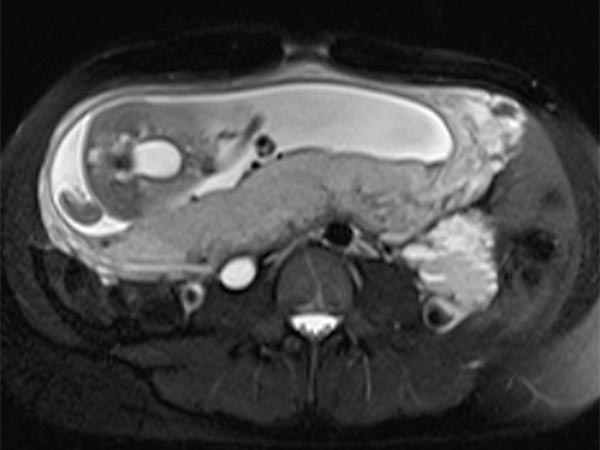 Coronal and axial T2-weighted HASTE sequences without contrast 8 weeks after delivery. Postpartum, there is again a marked reduction in the size of the venous malformation. 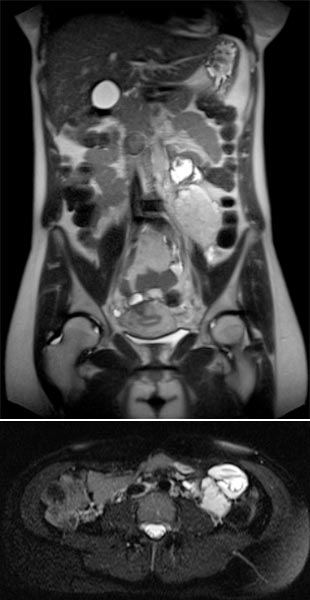 An intraabdominal venous malformation (VM) diagnosed as an incidental finding is monitored on MRI during the patient's pregnancy.
T2-weighted sequences without contrast on a 1.5T MRI scanner allow for follow-up without endangering the fetus.
In the 21st gestational week, there has been an increase in size of the intra-abdominal venous malformation due to hormone stimulation during pregnancy. Despite the increase in size, there was no displacement of the placenta. Another follow-up was planned approximately 3-4 weeks before delivery. This is relevant in order to avoid possible obstetric complications and to avoid intraprocedural bleeding complications in the event of a cesarean section becoming necessary. However, the patient already had to deliver in the 35th week due to preterm labor. A repeat MRI could not be performed in time. An uncomplicated spontaneous delivery occurred.
The venous malformation showed a clear size decrease 8 weeks after delivery, so that minimally invasive treatment by sclerotherapy is currently not necessary for the nursing mother. The large venous malformation was asymptomatic at this time.