Consistent and individually tailored drug therapy can be helpful in every phase of the disease course. Often, only significant pain relief creates the motivation and willingness to actively deal with the health situation. In individual cases, the positive effect of analgesics can clearly outweigh the tolerable side effects.

If conservative methods are not sufficient or an intervention or surgery has taken place, the classic nociceptive pain should respond to non-opioid analgesics. For drug therapy of pain, the established recommendations of the WHO level scheme apply in the first instance.

For application of the WHO scheme, the following simplified procedure can be recommended:

Thus, the “classic” non-steroidal anti-inflammatory drugs (NSAIDs, 1 + 2; selection) or the coxibs (3) and the so-called non-acidic analgesics (4 + 5) are used at the beginning of drug therapy:

A common error in the use of these agents is a failure to acknowledge the major contraindications:

Especially in pre-existing renal insufficiency, a significant deterioration of renal function due to uncritical administration of these substances over a prolonged period of time is possible. Likewise, ulcer prophylaxis should be considered with any NSAID therapy that lasts several days or if there are known additional risk factors for gastrointestinal ulcers. Typically, proton pump inhibitors (PPI) are used for this purpose, e.g., pantoprazole 20 mg 1 x daily. This dosage is now available over the counter without prescription.

Metamizole is another potent analgesic. It is particularly useful in the treatment of visceral pain. However, it is also frequently used as a non-opioid analgesic as part of a step therapy in combination with an opioid. This is especially the case when there are contraindications to the NSAIDs (renal insufficiency, gastrointestinal ulcers). Major contraindications to metamizole are asthma and diseases of the hematopoietic system. Metamizole is widely used in Germany but is banned in some countries (e.g., Scandinavia, Japan) because of the risk of agranulocytosis. For this reason  metamizole is coming under increasing critical scrutiny in Germany as well. Ideally, patients should be informed of the potential occurrence of agranulocytosis when metamizole is prescribed. This often manifests itself through the (non-specific) picture of sore throat and can therefore lead to a delayed diagnosis.

Paracetamol plays a major role because of its widespread use, approval for all age groups, and various forms of administration. However, the analgesic potency of acetaminophen alone is often insufficient to achieve adequate analgesia. It is typically used only when there are contraindications to the previously mentioned analgesics. Of course, its use is also justified if it provides sufficient analgesia in individual cases. Strict adherence to the maximum daily doses is important, especially in advanced hepatic insufficiency. In this case, the therapeutic range is very narrow. Therefore, it is necessary to warn against uncritical use. Package sizes above 10 g are therefore now subject to prescription.

If non-opioid analgesics alone are not effective enough, low-potency opioids (blue in the table) are used in the next stage. The following table shows the options for routes of administration and the potency of WHO levels 2 and 3 analgesics (orange; high-potency opioids).

* relative to the standard substance morphine

The following contraindications and side effects must be taken into account:

Constipation and nausea, in particular, may adversely affect patient acceptance and thus compliance in some circumstances.

Typical dosages and their intervals are shown in the following table:

The listed dosages equate to the initial dosage recommended for chronic pain therapy. Similarly, these are dosages for patients who have not previously received opioids.

Patient-controlled analgesia is a method in which the patient has an electronically controlled medication pump at the bedside. It is usually administered intravenously, in exceptional cases also subcutaneously. PCA is used in cases of foreseeable severe postoperative pain and prolonged medication.

The goal of further treatment should be a rapid switch to oral analgesia. 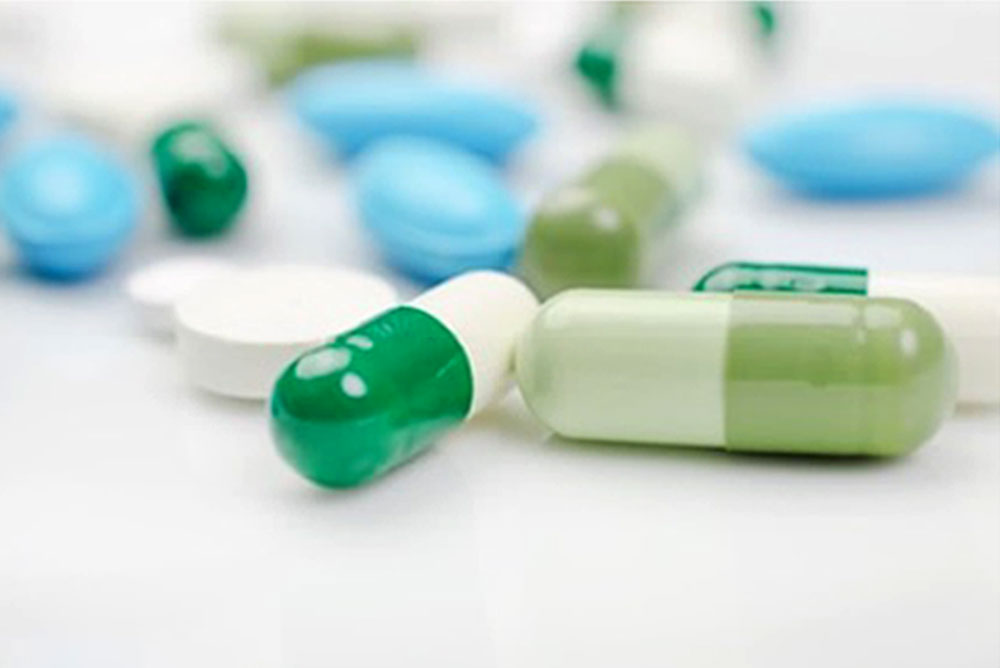 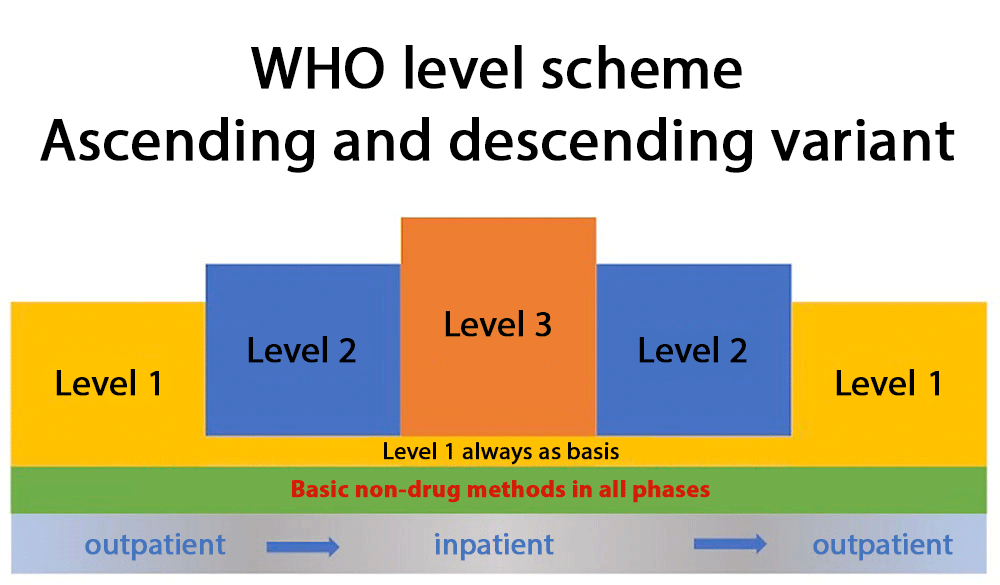 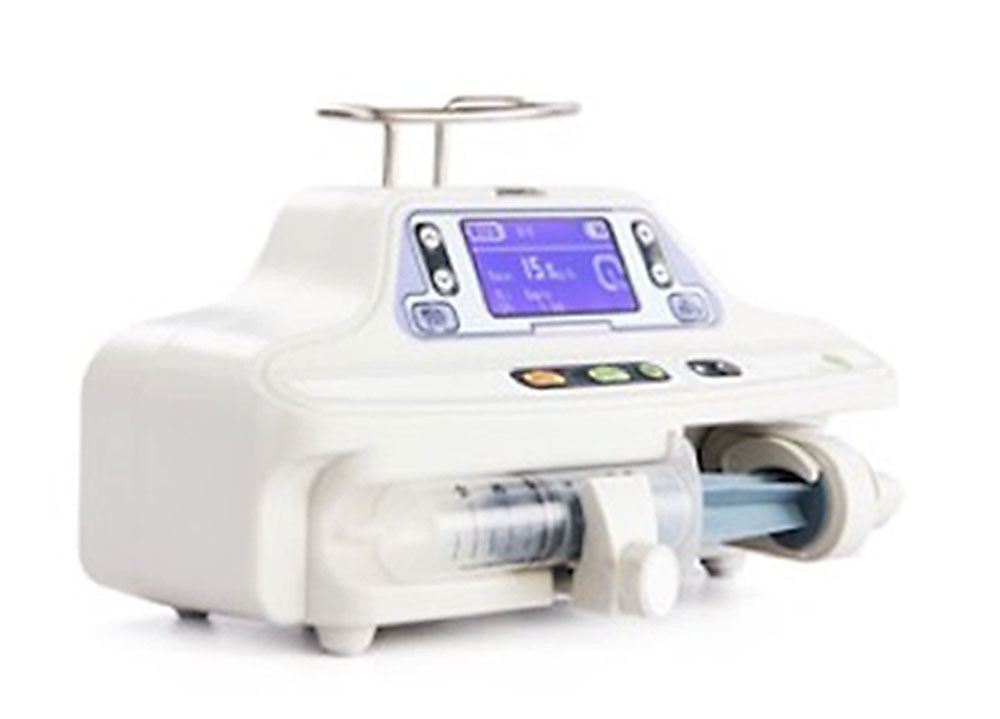