Kaposi’s sarcoma (KS) is a locally aggressive, semi-malignant endothelial tumor that typically manifests itself through multiple plaques or nodules on the skin and can also affect the mucosa, lymph nodes or visceral organs. Kaposi’s sarcoma is associated with infection by the human herpes virus 8 (HHV8).

There are four clinical and epidemiological forms of Kaposi’s sarcoma:

However, the histologic picture of the four subtypes does not differ. While the early skin lesions are uncharacteristic, an increased number of vascular clefts can be seen in the so-called patch stage. These clefts are lined by flat to oval endothelial cells and show little or no atypia. This may be accompanied by a lymphoplasmacellular infiltrate. The extravascular presence of erythrocytes and hemosiderin can be detected.

In the plaque stage all signs of the patch stage are rather more pronounced. Additionally, hyaline globules can be found.

This is followed by the nodular stage, in which the lesions are very sharply defined. They consist of spindle cells with only slight cytologic atypia and numerous slit-like cavities filled with erythrocytes. Here too, hyaline deposits may be noticeable both inside and outside the spindle cells.

Immunohistochemically, the Kaposi’s sarcoma cells are positive for the endothelial markers CD31, CD34 and ERG as well as for the lymphatic marker D2-40. They also show nuclear expression of HHV8. 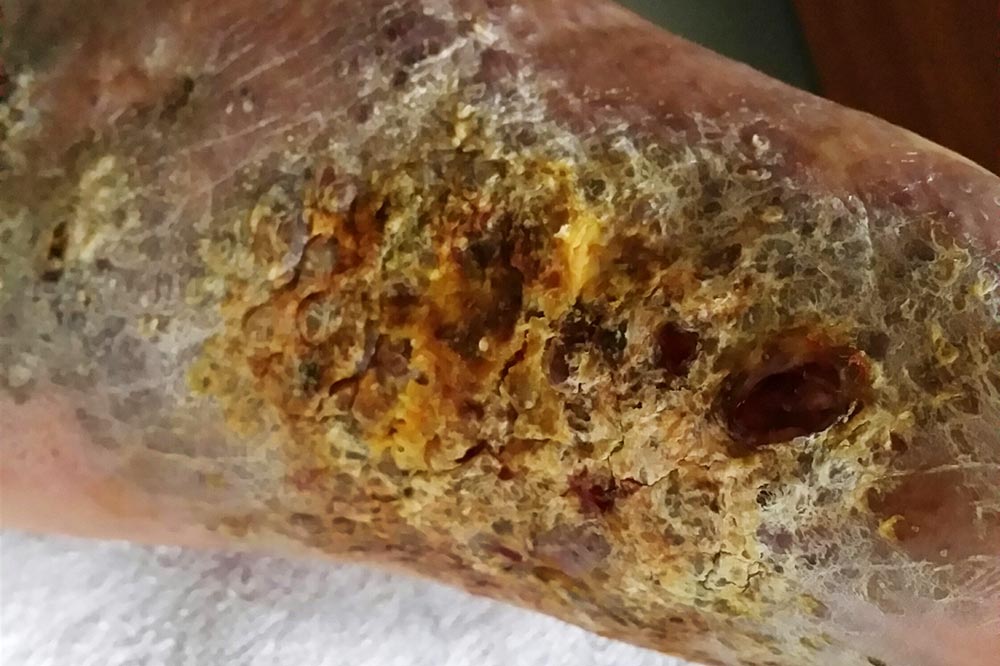