Maffucci syndrome occurs sporadically (not familial). It is based on a genetic mosaic. It is caused by somatic (postzygotic, present only in the affected tissue) mutations of one of the two genes IDH1 and IDH2, which lead to alteration of the enzyme isocitrate dehydrogenase, so that a new metabolite (D-2-hydroxy-glutarate) is produced. This likely results in activation of signaling pathways leading to enchondroma development.

The overgrowth in Maffucci syndrome is characterized by hard, yellowish, indolent skin protuberances (enchondromas) attributable to a bone and originating from dysplastic cartilage tissue. These can be unilateral or bilateral, but are usually clearly asymmetric. Depending on their location, enchondromas can cause growth reduction and curvature of affected limb segments. The forearms and lower legs are most commonly affected, but hands and feet are often affected as well.

The vascular changes in Maffucci syndrome are multifocal, dermal, bluish-reddish vascular nodules of the hypodermis (“spindle cell hemangiomas”) that are similar to, but histologically distinct from, a venous malformation.

Enchondroma foci may occur until adolescence, after which there are normally no new lesions, instead restitution in some cases is reported. Malignant degeneration of enchondromas to chondrosarcoma may occur in adulthood; the risk of degeneration is reported to be a maximum of 25%.

Cave: re-growth of a lesion.

Control and, if necessary, extirpation of the enchondromas in the case of suspected malignant development, functional restrictions and very apparent changes in shape (“disfigurement”).
Orthopedic therapy conservatively or surgically in the case of leg length discrepancies.
Sclerotherapy or extirpation of spindle cell hemangiomas. 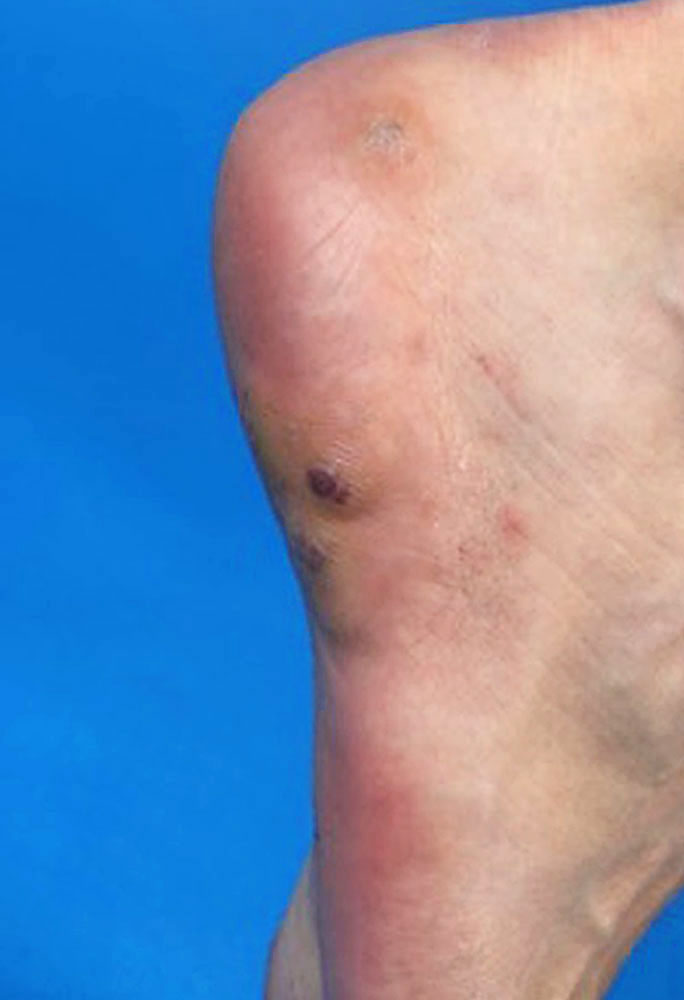 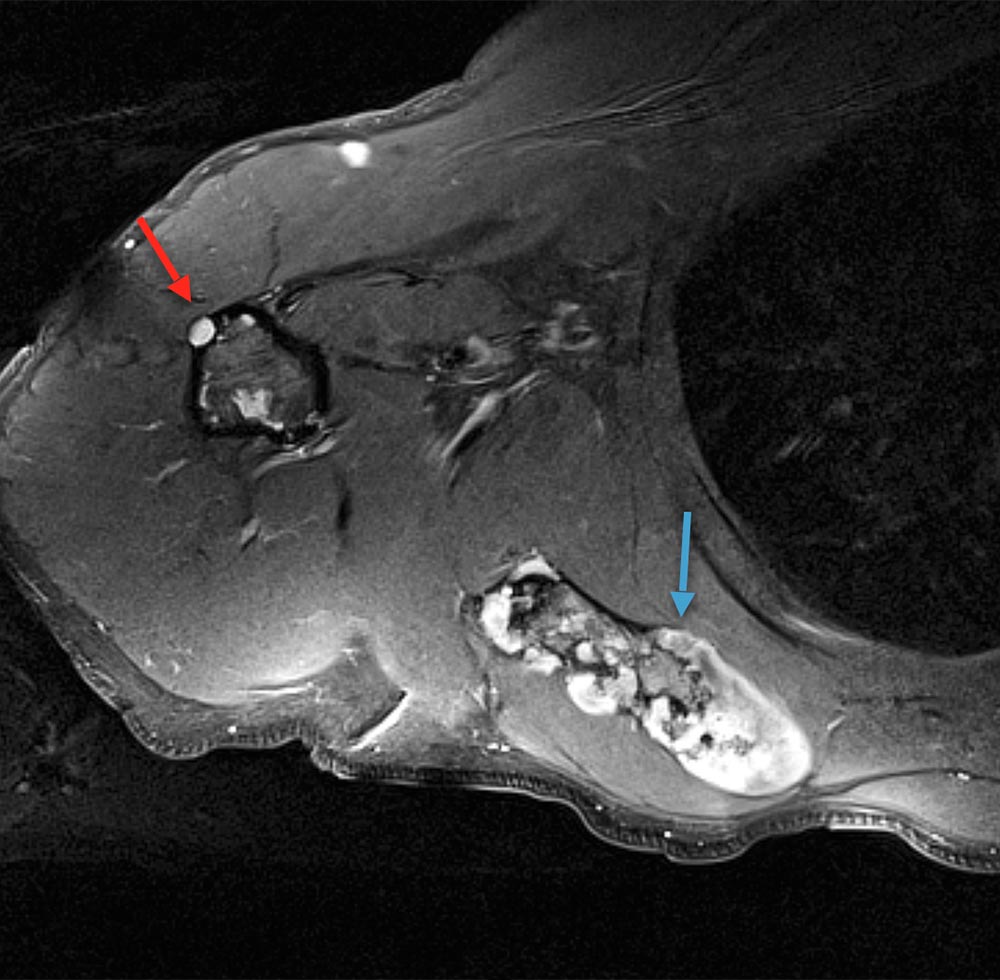