Extensive venous malformations (VM) or venous malformations associated with other anomalies can cause significantly increased right ventricular pressure with consecutive acute right heart failure in the setting of massive pulmonary emboli. The ejection fraction of the right heart decreases, resulting in a reduction of blood return to the left heart and a decrease in cardiac output. Therefore, in large venous malformations, Klippel-Trénaunay syndrome, and CLOVES syndrome, large-lumen connections to the draining conducting venous system that communicate with venous malformation components must be diagnosed and occluded very early. This is especially true for the marginal veins, which also occur in the trunk wall area in CLOVES syndrome. Closure in this constellation is necessary because a shortening of life expectancy due to recurrent severe pulmonary embolism or due to chronic thromboembolic pulmonary arterial hypertension has been described.

Fetal fast-flow arteriovenous malformations (AVM), such as the vein of Galen malformation, result in aneurysmal dilatation of the vein of Galen due to significant cerebral shunt connections between the great cerebral vein and arteries from the carotid circulation and vertebrobasilar circulation. In addition to cerebral complications such as intracranial hemorrhage and hydrocephalus, affected patients may develop high-output cardiac failure, pulmonary hypertension, and multi-organ failure, depending on the extent of the shunts and age at diagnosis.

Volume overloading of the heart, as can be caused by giant pelvic or extremity arteriovenous malformations, results in chronic right heart failure if untreated. Right ventricular volume load by AV shunts and continuous reduction of systemic vascular pressure resistance with peripheral vasodilation lead to a fall in arterial blood pressure. As a compensatory mechanism, activation of the sympathetic neurohumoral system occurs to maintain right ventricular output. In addition to ankle edema, patients develop persistent tachycardia and congestive proteinuria. The degree of heart failure can be measured in the laboratory by an elevated NT-proBNP.

The constantly massive increase in cardiac output may also lead to tachyarrhythmia.

If ventricular remodeling fails to adapt to the increased volume load, cardiac failure ensues. Because of the ever-evolving diagnostic and therapeutic options for patients with fast-flow vascular anomalies, timely minimally invasive treatment of the underlying malformation can significantly reduce the rate of cardiac complications.

The very rare sporadic and more often traumatic arteriovenous fistulas with very high shunt volumes can likewise cause decompensation of ventricular function with ventricular dilatation, increase in end-systolic pressure and end-diastolic volumes, and decrease in ejection fraction. The result is a drop in arterial blood pressure.

Far more commonly, congenital arteriovenous fistulas are associated with hereditary hemorrhagic teleangiectasia, also known as Osler’s disease. Depending on the underlying disorder, fast-flow shunts between the pulmonary artery and pulmonary vein may be diagnosed in up to 75% of affected individuals. This can develop into an intrapulmonary right-to-left shunt with cerebral paradoxical emboli, dyspnea, cyanosis, and drumstick fingers, and even chronic cardiopulmonary insufficiency.

However, the most unfavorable vascular abnormalities in patients with Osler’s disease are increasing arteriovenous malformations of the liver. They can assume massive proportions and can also lead to right heart stress and to cardiac failure. Liver transplantation, which was more frequently attempted in the past, is now usually avoided by means of selective, segmental embolization of the liver AVM performed in stages. 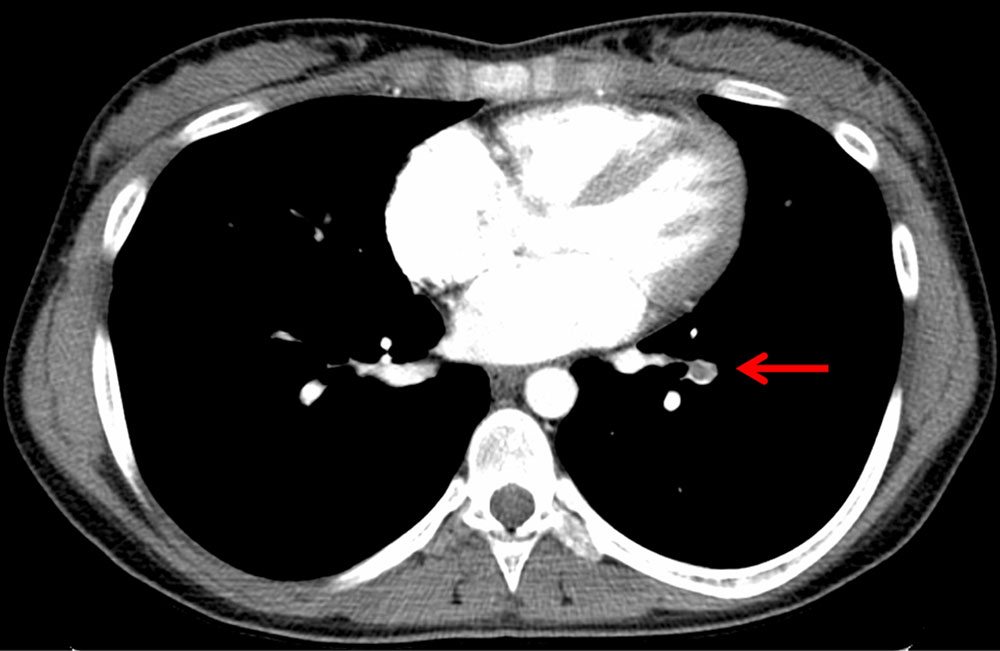 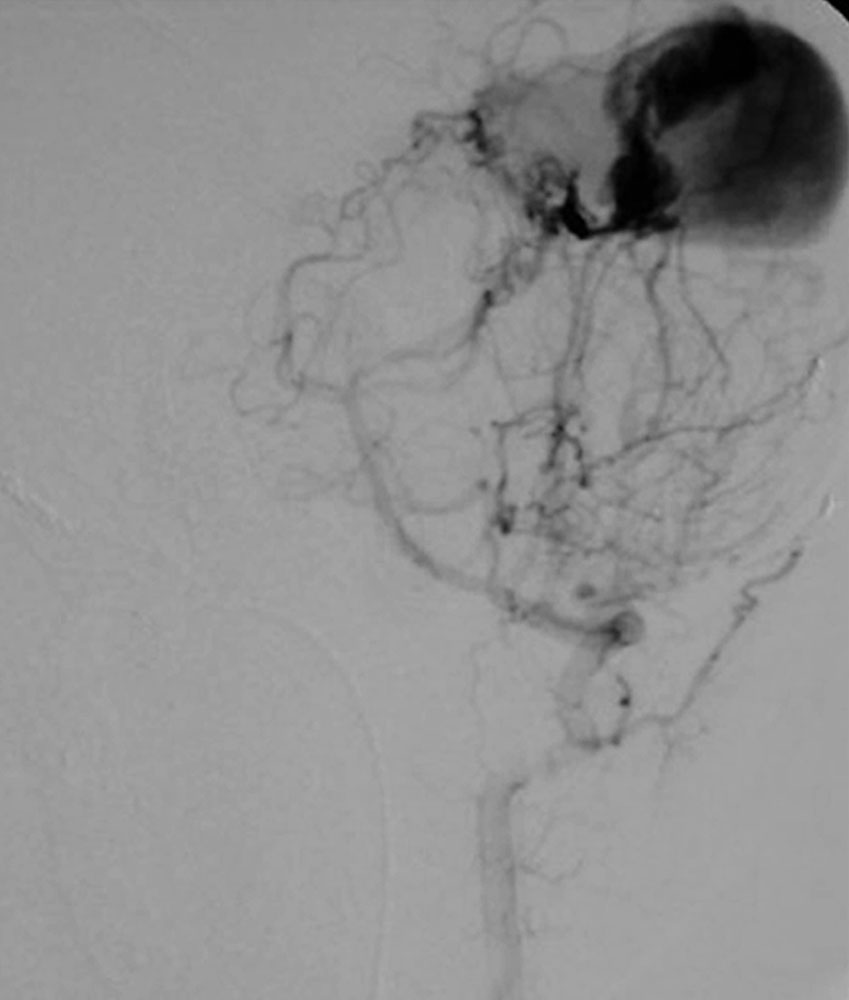 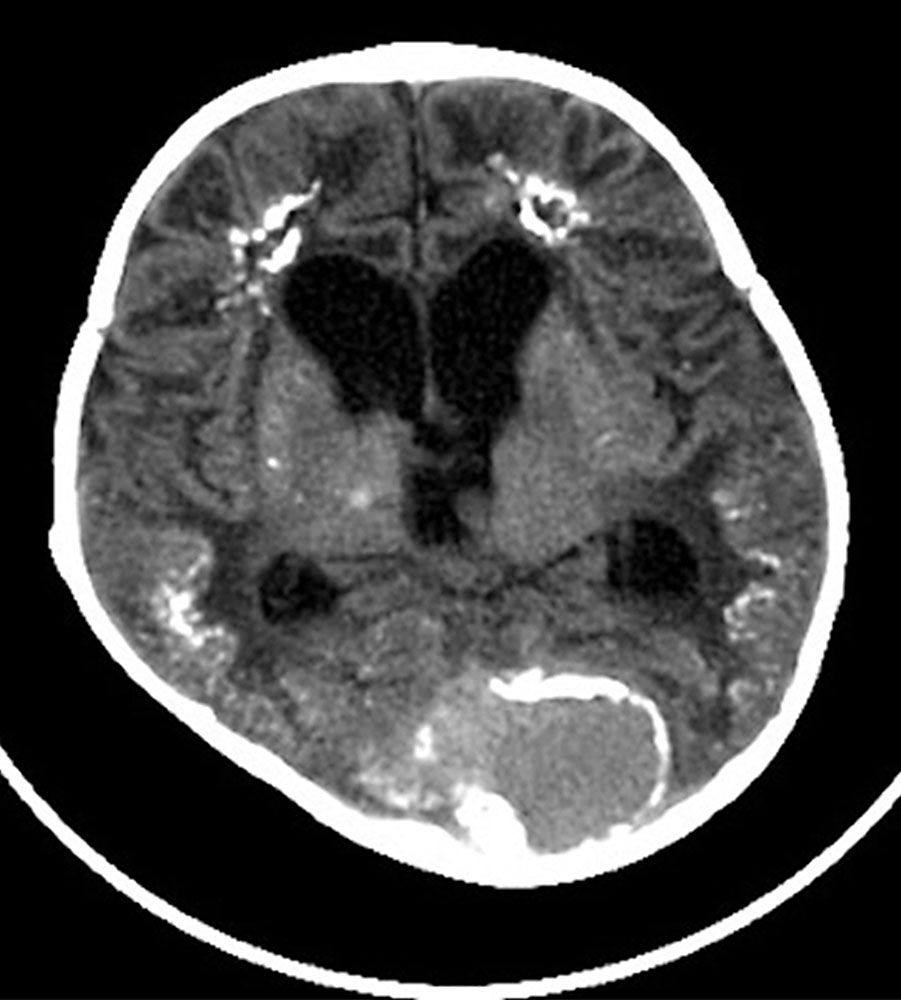 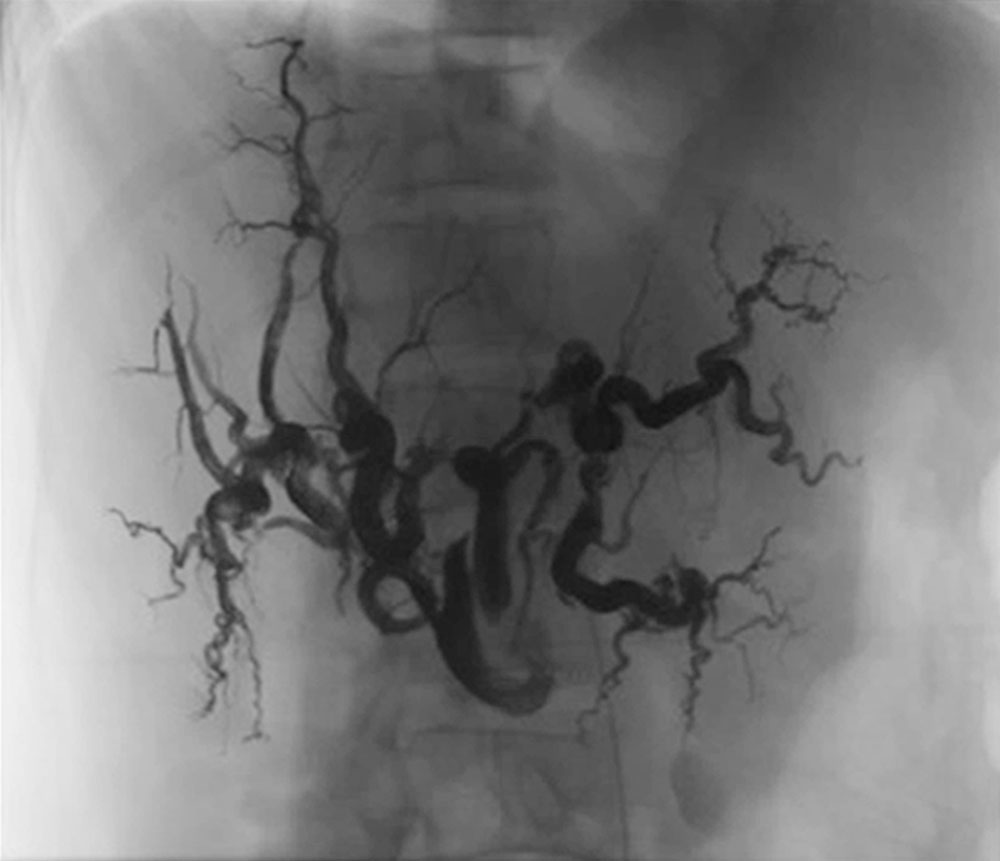