According to the ISSVA classification, nevus simplex is a capillary malformation (CM). It is also called nevus flammeus neonatorum, “stork bite” or “angel’s kiss” and is by far the most common capillary malformation. It is found in approximately 20−40% of newborns in the neck region (“stork bite”) and on the eyelids and the region between the eyebrows, the glabella (“angel’s kiss”). In contrast to the classic capillary malformations (“port wine stains”), the nevus simplex is usually light or salmon red in color and more blurred in comparison to the surrounding skin. Based on experience, these skin changes regress within the first two years of life, although they may persist especially in the neck region. Normally, nevus simplex does not lead to impairment, since it is not associated with other anomalies. However, if its spontaneous regression in the midface region remains incomplete, laser therapy may be considered if psychosocial distress is present. It should be noted, however, that numerous syndromes are associated with median “nevoid capillary malformations” that may clinically resemble nevus simplex (e.g., Beckwith-Wiedemann syndrome, Roberts syndrome).

A second, rarer special type of capillary malformation is cutis marmorata telangiectatica congenita (CMTC). In the first days after birth, affected newborns already show reticular, “wide-mesh”, net-like deep red to purple discolorations of the skin without irregular veins. This discoloration does not disappear even after warming of the affected skin areas. In places, these skin changes may be accompanied by skin atrophy and ulceration that regresses but leaves behind skin atrophy and scarring. CMTC occurs predominantly on one side and on the legs, less frequently on the arms and only in exceptional cases in the facial region. In up to a quarter of cases, affected extremities may show mild to moderate hypoplasia, rarely hyperplasia (van Lohuizen syndrome). In addition, CMTC may be associated with other CMs of the skin. Specific therapy is often not required because the skin lesions regress significantly during the first two years of life. However, wound care may be necessary if ulceration occurs. Permanent vascular patches can be treated with pulsed dye laser if psychosocial distress is present. 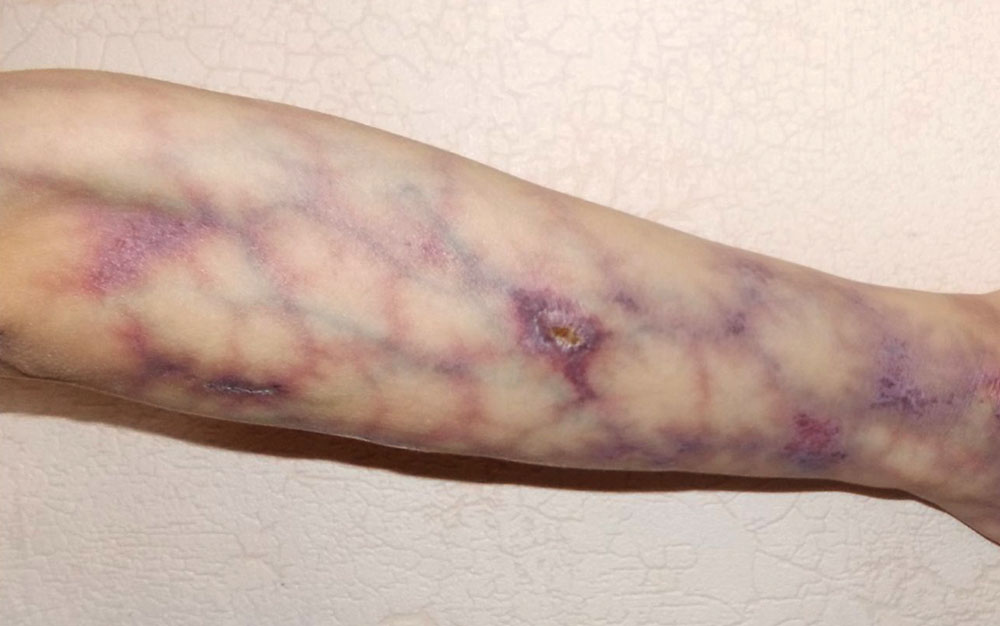 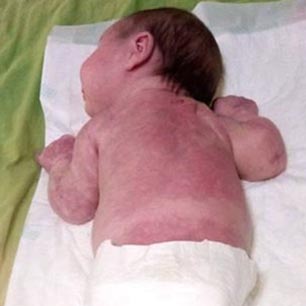