Capillary malformations (CM) can be caused by mutations in different genes. These genes encode components of interconnected signal transduction pathways that play a role in angiogenesis and vascularization and whose activation is associated with cell growth and differentiation. Both isolated and syndromal capillary malformations usually result from non-inherited, postzygotic mutations [except: CM-AVM, Cowden syndrome, microcephaly-CM (MICCAP), and hereditary hemorrhagic teleangiectasia (HHT)]. The result of a mutation that occurs after fertilization is a cell mosaic. That is to say, the body is composed of mutant cells and cells that do not carry a mutation. The earlier in embryonic development a mutation occurs, the more cells are affected and the more pronounced are the disease features. The clinical picture of a cell mosaic is determined by the body regions to which the cells with mutation belong as well as the time the mutation took place.

It follows from the presence of a cell mosaic that mutation detection is only possible in the affected tissue. In Sturge-Weber syndrome and some cases with isolated capillary malformation, for example, mutations in the GNAQ gene were only detected in tissue samples of the (facial) skin and the leptomeninges, but not in the patients’ blood. Specific mutation of the GNAQ gene, which encodes a guanine nucleotide-binding protein G, results in activation of the mitogen-activated protein kinase (MAPK) signaling pathway. The same effect can be caused by loss of function of negative modulators of this signaling pathway (e.g., RASA1). RASA1 mutations are causative for the autosomal dominant hereditary disease CM-AVM and its non-hereditary variant, Parkes Weber syndrome. In addition to the MAPK pathway, the PI3K-AKT-mTOR pathway plays an essential role in the development of capillary malformation. Activating mutations in activators of the pathway (PIK3CA and AKT) are causative for MCAP, CLOVES, and Proteus syndrome, each of which occur sporadically, i.e., are not inherited. Mutations that cause the loss of negative modulators (PTEN gene) are causative for autosomal dominant inherited Cowden syndrome and its non-hereditary type 2 variant. In the autosomal recessive syndrome of microcephaly and capillary malformations (MICCAP), an activation of these two signal transduction pathways is also assumed on the basis of STAMBP (signal-transducing adaptor molecule) mutations. 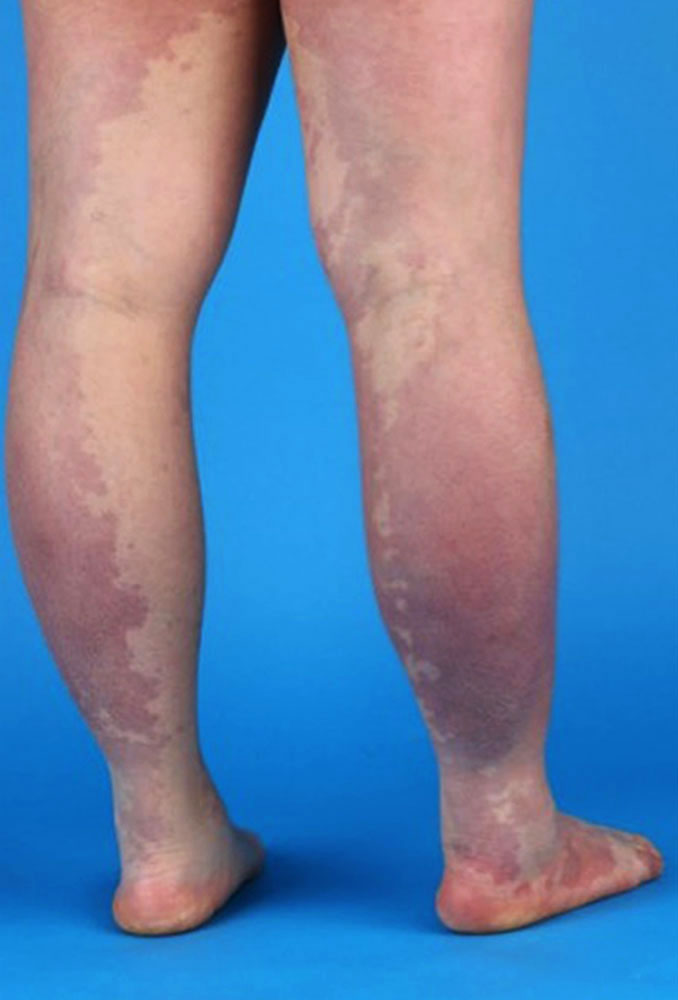