The treatment of hereditary hemorrhagic teleangiectasia (HHT) follows an individualized approach that is continually adapted to the prevailing situation during the course of the disease. Depending on the organ and imminent complications, the measures will be coordinated with colleagues from the departments involved.

We start with the therapy of the nasal mucosa, as it is most often symptomatic. Care must be taken to ensure that diagnosis of the other organ systems is carried out in parallel.

The fact that successful therapy can only be achieved through joint effort must be repeatedly discussed with the patient. Perhaps the most important part of the treatment has to be carried out by the patient, who is required to care for the nose several times a day. The aim is to keep the nasal mucosa moist and to protect it as well as possible from environmental influences. To do this, the patient will use ointments and oils, soften crusts, perform rinses with warm saline solution, and close the nose with plasters if necessary. As a drug approved for this condition, tranexamic acid can be taken for three months. We recommend attempting discontinuation early, after two weeks. In view of its insignificant side effect profile, N-acetylcysteine can be tried. It may have a positive effect on nosebleeds, especially in male patients with HHT type 1. The recommended dosage is 600 mg three times daily.

The physician can influence the bleeding frequency and duration by coagulating the identifiable spots in the nose, thus improving the quality of life. Of the many lasers available, those that are absorbed by the color of hemoglobin are particularly suitable. The target chromophore is the red color. The following are recommended: Nd:YAG laser, the frequency-doubled Nd:YAG laser (KTP laser), modern diode lasers, and the blue-light laser, each with their specific properties (penetration depth, thermal lesion of the surrounding tissue, and maximum absorption in the red blood cells). In addition to light frequency, power density is also a crucial parameter that needs attention: The use of thin fibers ≤ 300 µm makes it possible to work efficiently and effectively while sparing unaffected mucosa. As long as the flow in the pathological vessels is small, laser therapy has undisputed advantages over other coagulation techniques. However, other methods must be used for AV shunts with high flow. Again, care must be taken to protect the mucosa as well as possible. We have found bipolar coagulation with high-frequency alternating current (4 MHz) to be successful, but appropriately adjusted systems with other frequencies are certainly just as suitable. Argon plasma beamers are successfully used in gastroenterological therapy, but are unsuitable in the nose. When the formation of lesions also affects the lateral nasal wall, the disease is at the stage when outpatient therapy has reached its limits. The foci in the lateral nasal wall often reach a considerable extent without being noticed for some time. Only a small proportion present in the accessible part of the nose. In these cases, open surgery to remove the nidus is indicated on a case-by-case basis.

Nearly all Osler patients experience bleeding situations that put a great deal of physical and emotional stress on them. Nosebleeds in public, in social and professional settings, and on vacation away from familiar care structures can be extremely stressful. For these cases, it is advisable to have an “emergency plan” ready and to practice carrying it out. For self-care, the patient should carry a black plastic bag (the blood is hardly visible and does not trigger aversion from bystanders), nasal tamponades and a syringe for filling pneumatic tamponades. Practicing these measures must be done in a stress-free environment.

It is possible to replace the most affected mucosal areas of the inside of the nose with epidermis, achieving a bleeding-free period of approximately two years. However, septodermoplasty according to Saunders is no longer performed at many centers because the effort and the burden on the patient do not justify the sometimes modest success. There is also criticism of the proximal ligation of branches of the external carotid artery or peripheral glue embolization of the nasal vessels. Considerable complications contrast unfavorably with very limited long-term success.

In some cases, ligation of the sphenopalatine artery is indicated at the beginning of surgery under intubation anesthesia that is intended  to control nasal bleeding. We advise electrocoagulation because recanalization restores the original anatomic situation as the disease progresses. A known feeder can then be identified again later, if necessary.

Permanent closure of the nose should be considered as the last resort in treating epistaxis. The nasal vestibule is sutured shut using a technically simple operation known as Young's procedure.  It proves exceptionally successful in desperate cases. Nosebleeds can almost always be controlled in this way. For a procedure that can be adapted by the patient, the nose can be temporarily closed with plaster strips. In this instance, the patient’s level of suffering dictates the duration of closure.

Lesions of the gastrointestinal tract are treated in the endoscopically accessible sections. Whether laser, local sclerotherapy or argon plasma beam is used must be decided on a case-by-case basis depending on the availability of the procedures and the shape of the lesion. The treatment of lesions located deep in the jejunum is problematic. These cases often require only symptomatic treatment of the anemia, or else a pharmacologic therapy may be attempted.
Pulmonary and hepatic vascular shunts are the domain of interventional radiologic therapy. Catheter angiographic therapy with coils or Amplatzer plugs is the latest therapy in pulmonary AVM. Open surgical intervention is only necessary in exceptional cases and very advanced stages. The last resort in these cases is partial resection of the organ or transplantation.

Endovascular procedures are also appropriate measures for 80% of cases of spinal and cerebral Osler AV shunts. 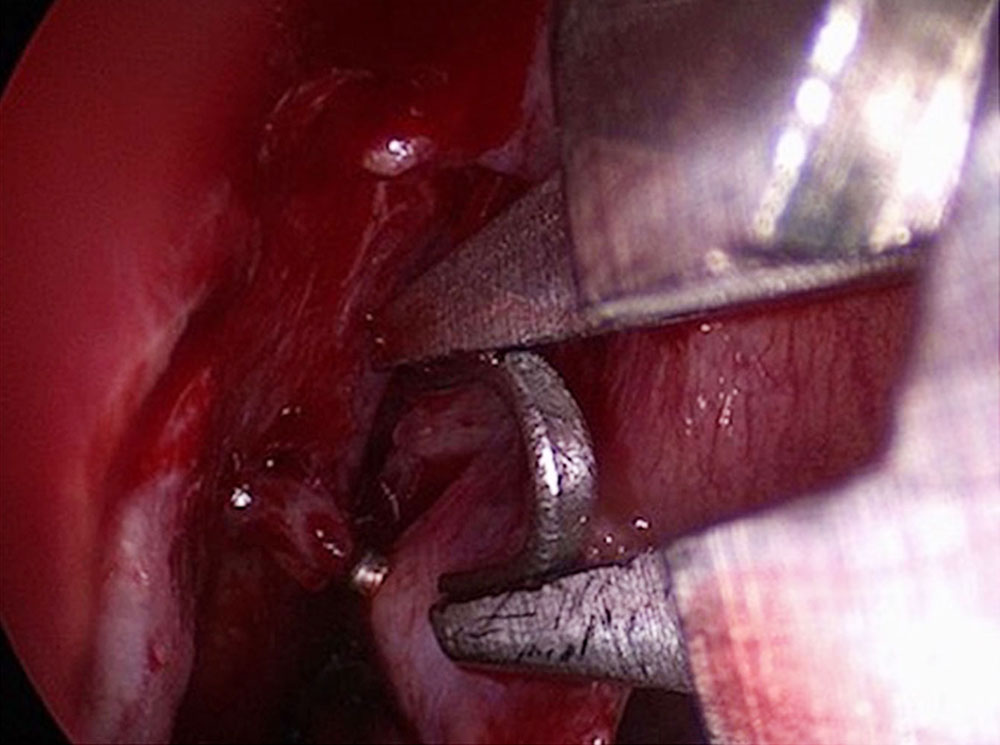 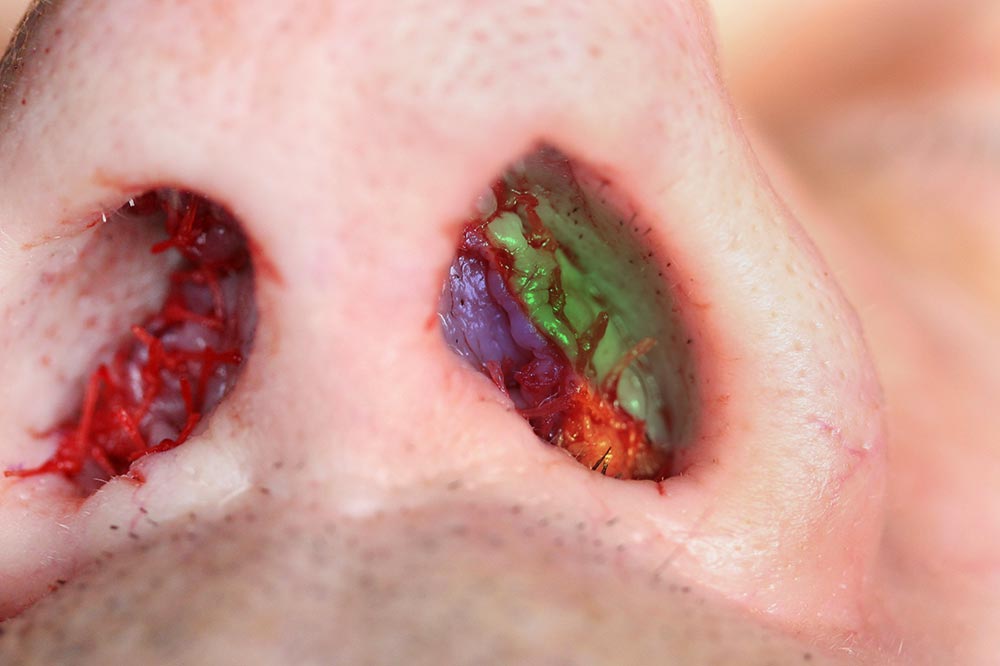