Cystic lymphatic malformation (hereafter “LM”) of the head and neck may secondarily induce or primarily be part of an overgrowth disorder and be accompanied by overgrowth of the facial skeleton. An enlarged tongue that lies constantly between the dental ridges will displace the maxilla and mandible, causing an open bite. In this case, the incisors are unable to touch each other. In extreme cases, there may be increased growth of bony structures in the affected side of the face, resulting in facial scoliosis. If both sides of the face are affected, the jaw angle is often enlarged and the mandible elongated. In this case, bony corrective surgery is necessary in the long run.

Patients with an open bite, an enlarged tongue, and less competent motor skills may present with swallowing motor problems that may necessitate the placement of a gastrostomy for feeding. At the same time, speech motor function is usually impaired and requires intensive speech therapy. 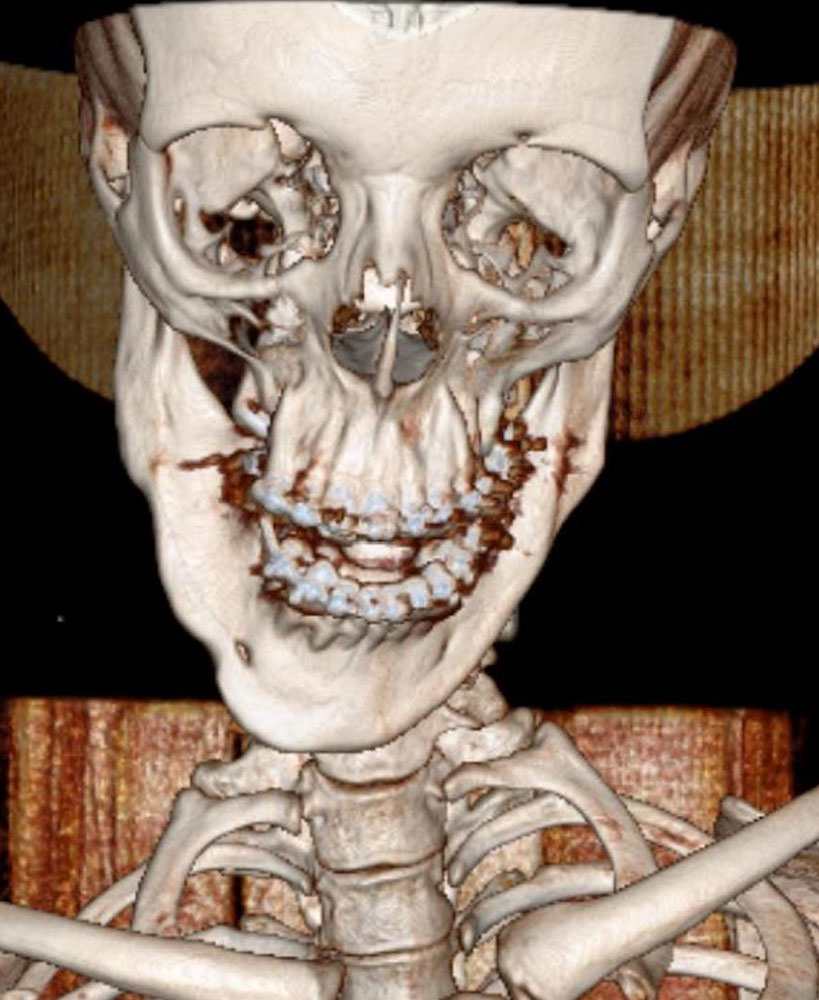 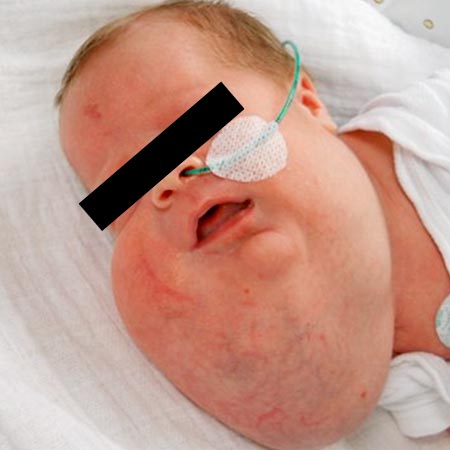