A venous malformation may be painful for various reasons:

Depending on the volume of the venous malformation, blood congestion occurs because of hydrostatic pressure. Depending on posture, this congestion worsens and triggers troublesome tightness. Since the accumulated blood is also warmer than the surrounding soft tissue, it acts like an “internal radiator”, increasing the discomfort. The location of the malformation also influences the degree of congestion and thus the pain, which is described as dull. Venous malformations of comparable volume are more painful in the legs than in the arms or face because of the higher hydrostatic pressure. Within the subcutis, venous malformations can expand over time and thus are increasingly filled with more blood. Within the muscles, however, the muscle fascia and muscle tone limit the extent of congestion. Larger malformations, which are mainly formed subfascially in the muscles, cause comparatively little pain, especially if they are surrounded by properly developed muscles. On the other hand, smaller subfascial VMs near the knee or on the sole of the foot can cause severe, load-dependent pain.

Both the localized hyperthermia and the pressure of the blood-filled malformations can irritate adjacent nerves. Peripheral nerves can also be infiltrated by a venous malformation. The higher density of pain-sensitive fibers in the cutis and subcutis as well as the increased pressure result in more pronounced symptoms when the malformation extends superficially. This pain is described as burning and often does not occur until the evening in bed when other stimuli and distractions cease.

The very slow blood flow in a venous malformation can lead to circumscribed thrombophlebitis owing to localized intravascular coagulation (LIC), which rarely affects the entire malformation. As a rule, the localized thrombi, which are sonographically detectable as oval, echogenic structures, reach a size of 10–15 mm at most. Nevertheless, phlebitis in a venous malformation can be very painful. There is pain at rest, which is increased by touch and pressure. It is characterized by sudden onset, a stabbing character and regression within a few days associated with palpable hardening. If the connections between the immature vessels and the deep veins are only small in caliber, thrombosis and pulmonary embolism will very rarely occur. Large connections by communicating veins must be occluded, as they present a considerable risk of thrombosis and embolism.

Special attention must be paid to the functioning of affected body parts, as relevant movement impairments can occur, especially during growth. If the face is affected, the senses, ability to swallow and chew should be assessed, especially when the tongue is involved. Deformities of the eyelids, nasal passages, auricles and oral cavity impair the exchange with the environment, may lead to a compensatory posture (e.g., head tilt) and cause maldevelopment of the dentition. They can also constitute esthetically significant impairments. Regular check-ups by an appropriate specialist are necessary until growth is complete. It is equally important to check thoroughly the use of the affected extremities. Patients and relatives are specifically asked about sporting activities. Can the affected person run, jump, climb, for example? It is also important to pay attention to posture during the patient encounter. Is the affected leg elevated or held at an angle? If the foot is affected, ask the patient to walk barefoot and make sure that the entire foot is put flat on the ground and rolled off with an equal distance on each side. Gripping function and fine motor skills of the hand should be examined, comparing both sides. Non-painful venous malformations which cause a functional impairment require treatment to enable motor skills to be developed normally.

Visible and prominent vascular malformations can bleed outwards and into the tissue. Fortunately, because of the low venous blood pressure, this rarely happens spontaneously and normally does not represent a life-threatening situation. The low internal pressure and the sponge-like structure of a venous malformation are responsible for the low risk of bleeding. A cut or bruise near an area of tissue with a venous malformation will result in bleeding or a hematoma. These are usually not pronounced and do not require invasive therapy but simple prolonged compression. It is important that the patient is informed about these facts and takes preventive measures. The question is often asked whether sports involving physical contact should be avoided. In consideration of the risk of injury, life-affirming behavior is more advisable, which involves trying out the desired sport. If there are repeated contusions with bleeding, a different sport can always be chosen.

Circumscribed skin necrosis can lead to denudation of the venous malformation after incomplete sclerotherapy of superficial malformations and thus to oozing as a complication. This can be controlled by compression therapy and appropriate dressing techniques on an outpatient basis.

Very extensive venous malformations can lead to ongoing consumption of coagulation factors and rarely platelets as well, because of recurrent thrombosis in the lesion. The increased coagulation activity in a circumscribed tissue area is called localized intravascular coagulation (LIC). In such cases the consumption coagulopathy must be interrupted by preventive anticoagulation. In the long run, it is more beneficial to reduce the volume of the venous malformation and thus the ongoing formation of thrombi, which normalizes the coagulation. It is important to consider this fact when planning invasive procedures in order to avoid life-threatening bleeding.

In contrast to other congenital vascular malformations such as CM, AVM and LM, purely venous malformations rarely cause a skin lesion. Thinning and vulnerability of the skin on the lower extremities are observed when large venous convolutes persist for years. Pressure sores caused, for example, by wearing work shoes, favor the formation of poorly healing superficial ulcers. The full picture of dermato-lipofasciosclerosis, atrophie blanche or venous ulceration, as in post-thrombotic syndrome, is rarely reached with appropriate therapy. Inflammations affecting the nail bed or in skin folds can recur and be persistent. Preventive measures and proper skin care are crucial.

As the affected skin areas can quickly develop allergies to many ingredients of ointments and creams, caution is advised when prescribing different topical preparations. An ointment containing urea is recommended for the care of dry skin. In moist skin conditions, cleaning with a shower head, dabbing with a clean towel and drying out (fresh air, hair dryer) are simple but effective means.

The lack of knowledge about congenital vascular malformations results in numerous contacts with different doctors before the correct diagnosis is made and an appropriate therapy is initiated. The lack of knowledge and sometimes contradictory statements over the course of many years understandably cause anxiety and uncertainty among those affected and their relatives.
It is a recurring experience that a detailed consultation can reduce many of patients’ fears. They want to know exactly what the malformation consists of and how they can live with it. The prospect of being able to lead a normal life empowers the patient, which will also become necessary during the course of treatment. An understandable and pictorial explanation of the findings in each case will give patients an insight into the disease process, enable them to understand the proposed therapy and even treat themselves. Patients are freed from the passive attitude caused by fear and are able to actively shape their life with the malformation. In a few cases, however, prevailing circumstances can lead to a depressive mood. These patients must be identified accordingly and referred for professional psychotherapy. 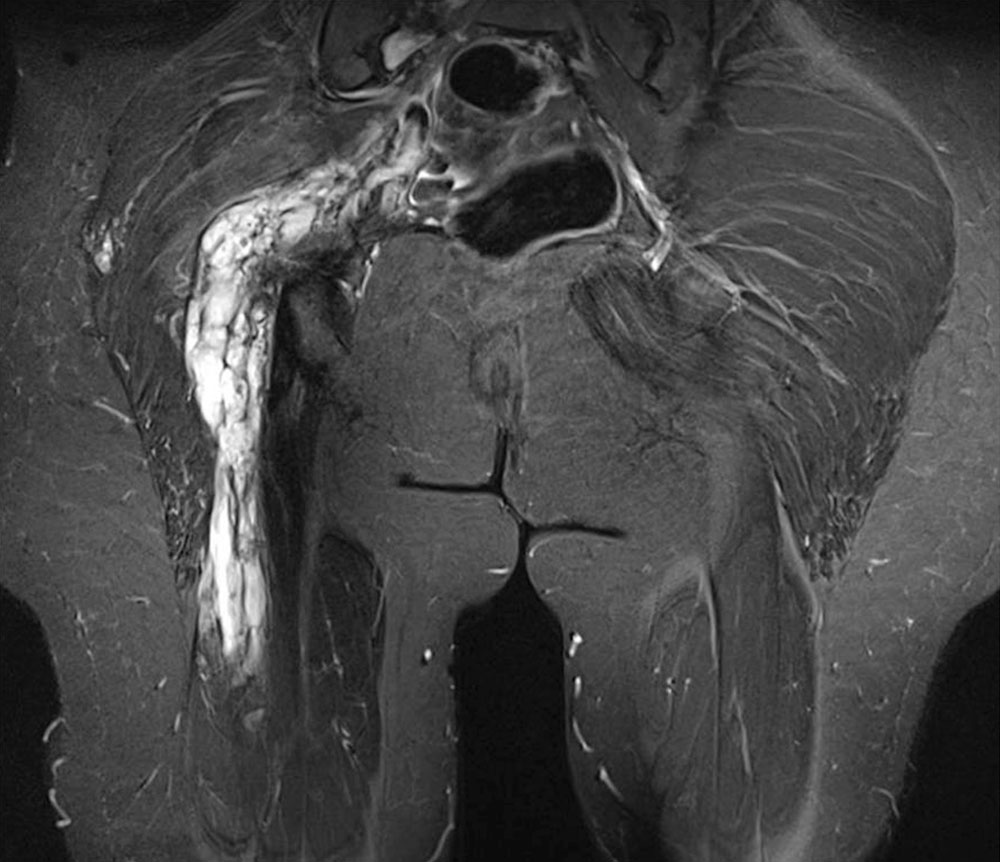 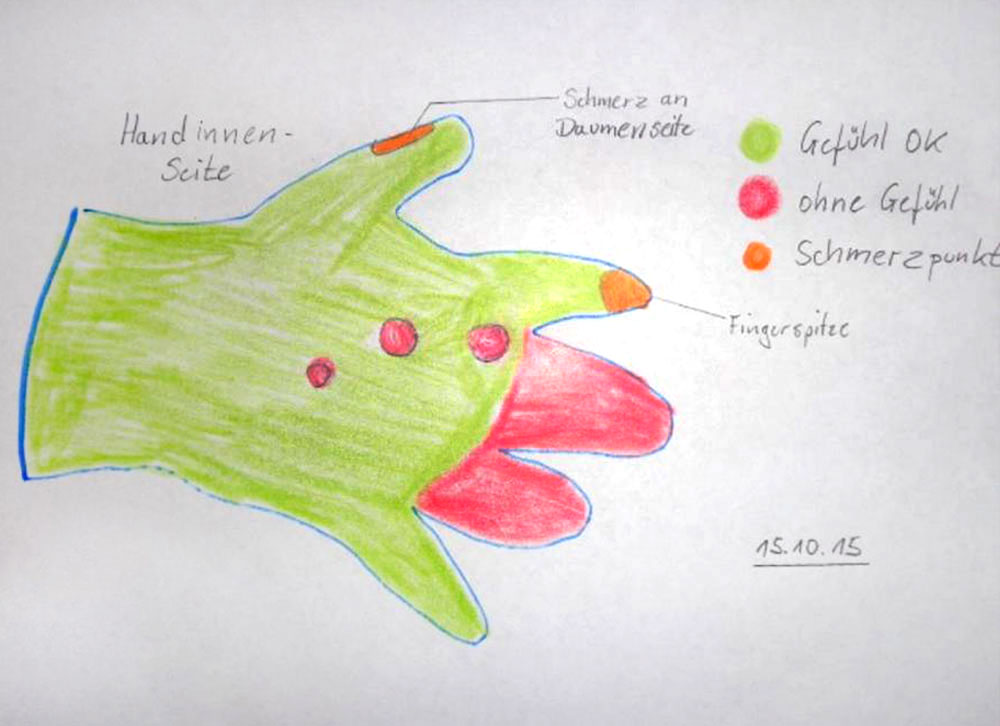 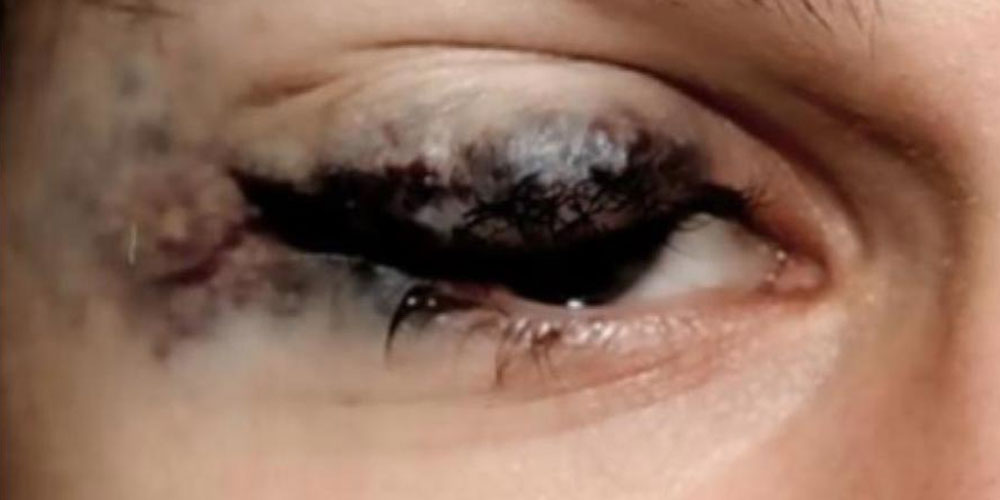 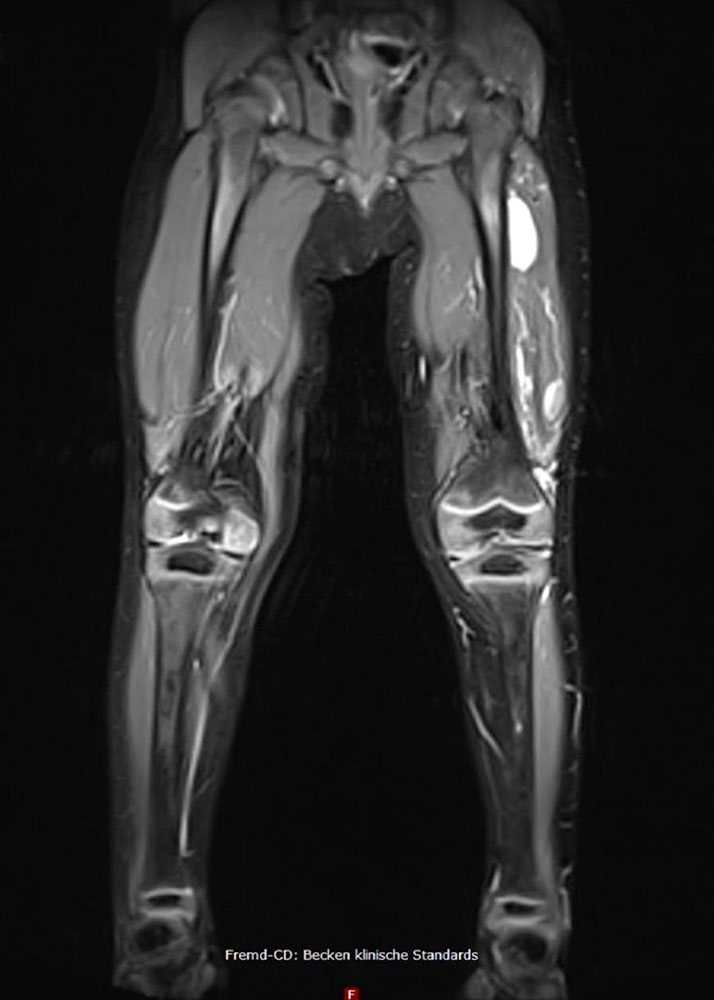 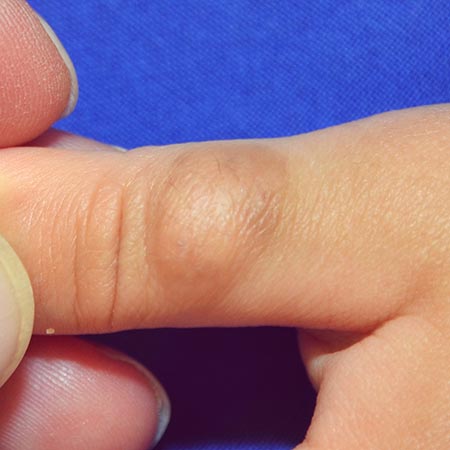 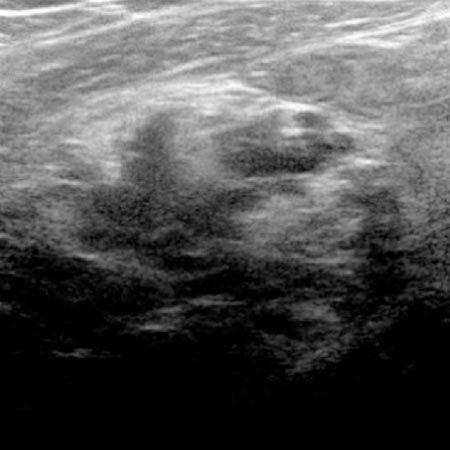 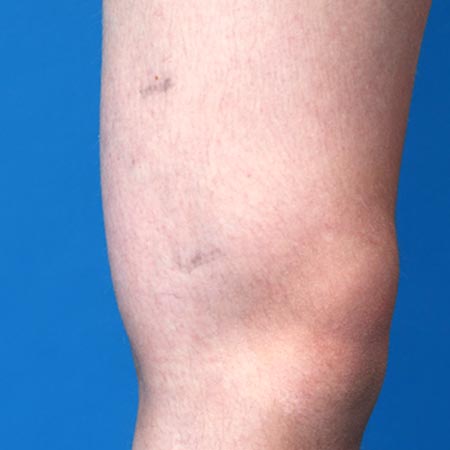