This syndrome belongs to the fast-flow syndromes. The arteriovenous shunts differ from the “classic arteriovenous malformation” in that the diameter of the numerous shunts, which are located subcutaneously and intramuscularly mostly in the extremities, is significantly smaller (“fine fistulous”). In contrast to the typical arteriovenous malformation, which usually has a relatively clearly defined nidus, the fine-fistulous shunts of Parkes Weber syndrome permeate large parts of the tissue and are poorly defined. This particular angioarchitecture further complicates the already demanding therapy of arteriovenous malformations, as embolization requires a clearly defined area of shunt connections. During body growth, hyperplasia of the affected tissue or extremity almost always occurs, with increasing length and girth difference. The AVMs are often accompanied by additional lymphedema and phlebedema due to the increased venous pressure.

This congenital syndrome is very rare and characterized by a combination of changes in the skin, vessels, spine, bones and joints. It is caused by a somatic mutation of the PIK3CA gene. Clinically and radiologically, scoliosis, hyperplasia of the extremities and abnormalities of the distal parts of the limbs (e.g., widened distance between the first and second toe or macrodactyly) are noticeable. Adipose tissue hyperplasia is mainly visible on the trunk.

Slow-flow malformations are more common in CLOVES syndrome than fast-flow lesions. If arteriovenous malformations develop, they usually occur within the fatty tissue hyperplasia. They can be solitary and circumscribed or appear as multiple lesions. A paraspinal localization of the arteriovenous malformation is found in many cases. These AVMs can cause considerable problems as they can also impair the spinal arterial supply in addition to their space-occupying character.

This syndrome is caused by a mutation of the PTEN gene. The clinical appearance varies widely and, in principle, can include delayed motor development, macrocephaly, myopathy, pigmented lesions of the penis, subcutaneous lipomas, Hashimoto's thyroiditis, and hamartomatous polyps of the intestine. In later childhood lipomas, angiolipomas, hemangiomyolipomas and hamartomatous polyps of the skin or soft tissues may develop. As there is also an increased risk of malignant transformation of the thyroid, breast, endometrium and kidney, special tumor screening examinations should be performed.

The obsolete eponyms “Cowden syndrome” and “Bannayan-Riley-Ruvalcaba syndrome” have been replaced by the term “PTEN hamartoma syndrome”.

One study showed that 54% of patients with PTEN mutations had a vascular anomaly, 86% of which were fast-flow lesions. These lesions are mostly located in the lower extremities and cause swelling and pain. In imaging, they differ from the classic arteriovenous malformation in that their feeding vessels are smaller and located within hyperplastic fatty tissue; in most cases the draining veins are focally segmentally dilated or even aneurysmal. There are often multiple fast-flow lesions which are clearly visualized on radiological imaging with hyperplastic soft tissue. After resection, however, the lesions do not show a surrounding capsule. Histopathologically, the term PTEN hamartoma of soft tissue (PHOST) was established for these special fast-flow lesions, which underlines that these lesions are not a classic arteriovenous malformation.

In principle, the arteriovenous malformations in HHT can exhibit different vessel and nidus sizes and can affect several organ systems with varying degrees of severity. On account of the weak wall structure of the vessels, this clinical picture (mutation of the ENG, ACVRL1, and SMAD4 genes) leads to dilatation and elongation of the vessels, often accompanied by aneurysms.

In most cases there is initially teleangiectasia of the small vessels (mainly teleangiectasia of the nasal mucosa, skin and gastrointestinal tract) associated with an increased bleeding tendency. However, in some organs, arteriovenous malformations of the larger vessels may develop, which usually become symptomatic only in early adulthood. In the lungs, arteriovenous malformations and also circumscribed arteriovenous fistulas are frequently found.

In the liver, very lrge arteriovenous malformations can occur, which often lead to a significant shunt volume associated with cardiac overload. In addition, the central nervous system can be affected, whereby intracranial involvement is more common than spinal involvement. 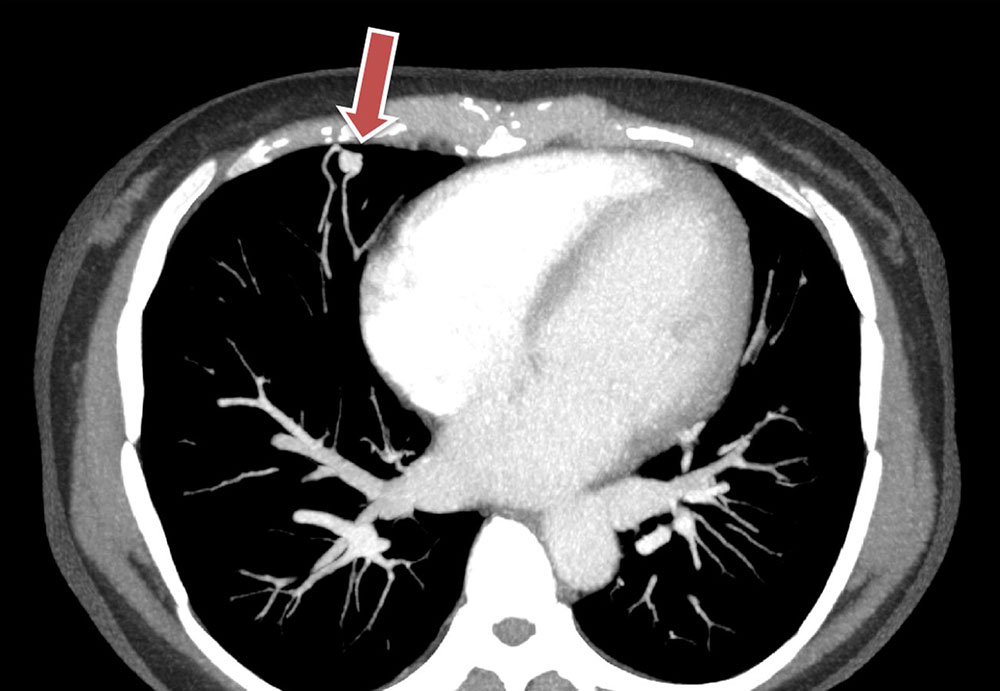 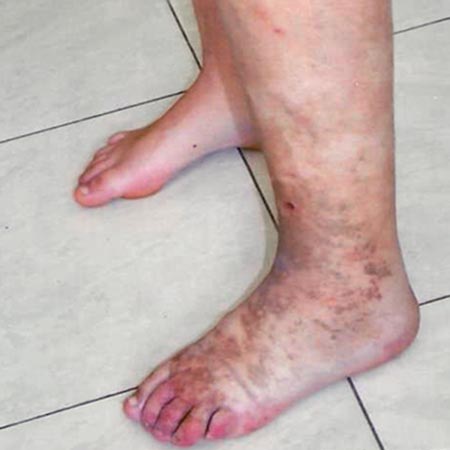 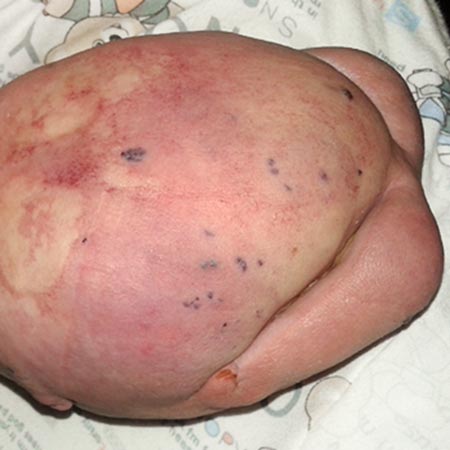